Jean-Yves has more than 30 years of experience in the pharmaceutical industry and in the management of research and development projects. Before joining Anagenesis, he was Transgene’s R&D Director for 9 years. From 2002 to 2005, he launched and directed the Cancéropôle Lyon Rhône-Alpes. From 1992 to 2002, he was Director of the Pierre Fabre Centre for Immunology. From 1998 to 2002, he was Director of the Department of Immunology at the Glaxo-Wellcome Institute in Switzerland. From 1985 to 1987, he was a scientist at the Schering-Plough Research Centre in France.

Jean-Yves holds a PhD in immunology, a « Graduate Thesis » in biochemistry and has completed the Senior Management Program at London Business School in the United Kingdom. He is the author and co-author of more than 230 scientific publications and journals. 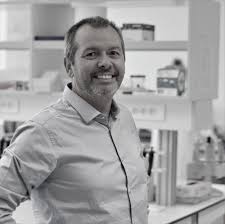